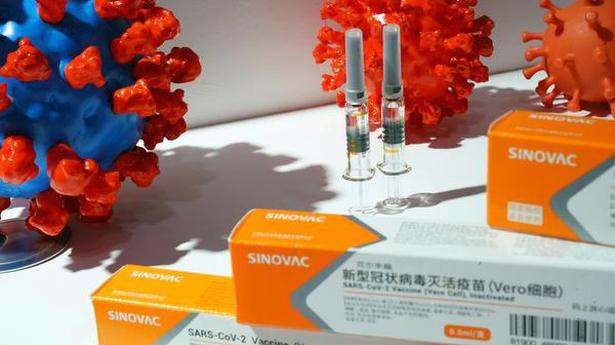 As part of that programme, CoronaVac, being tested in final-stage large-scale trials in Brazil, Indonesia and Turkey, has already been given to about 90% of the company’s employees and their families.

Chinese vaccine maker Sinovac Biotech plans to start a clinical trial of its experimental coronavirus vaccine with children and adolescents later this month, widening its test on a shot that’s already in the final stage of study with adults.

Finding a vaccine that works for the entire population, including younger people, could be crucial to preventing outbreaks of the virus – that has led to over 930,000 deaths worldwide – through schools and kindergartens, potentially affecting also teachers and parents.

A total of 552 healthy participants aged between three and 17 will take two doses of U.S.-listed Sinovac’s CoronaVac or a placebo in a combined Phase 1 and Phase 2 trial estimated to begin on Sept. 28 in the northern Chinese province of Hebei, according to a registration record published on Wednesday.

The trial has already approved by Chinese regulator, a Sinovac spokesperson said.

China has inoculated at least tens of thousands of its citizens rolling out experimental coronavirus vaccines, attracting international interest in their development, despite expert concerns over the safety of drugs that have not completed standard testing.

As part of that programme, CoronaVac, being tested in final-stage large-scale trials in Brazil, Indonesia and Turkey, has already been given to about 90% of the company’s employees and their families.

Data so far suggests the virus generally causes milder disease in children compared with adults, but some cases of children requiring intensive care have been also reported, according to the World Health Organization.

Several hundred children were admitted to U.S. hospitals with a rare but severe inflammatory syndrome, which could include symptoms such as fever, rashes and swollen glands, associated with the coronavirus.

Sinovac said earlier this month CoronaVac appeared to be safe and able to induce antibodies for older people, while the vaccine-generated antibody levels were slightly lower than seen in younger adults, citing preliminary results from an early to mid-stage trial.